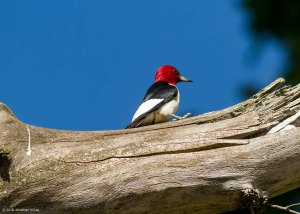 Morris and Somerset Counties are the regional hotspot for Red-headed Woodpeckers (RHWO) this summer of 2016.

This cyclical species is more apparent in the Morris and Somerset area this summer than in recent years. Juveniles are reported, so breeding is taking place. Spring and summer residents of this species usually follows a heavy winter influx of Red-headed Woodpeckers. While there was a slight movement this past fall and winter as witnessed by the Christmas Bird Counts in December 2015, it was not at all extraordinary. Great Swamp CBC counted 3 RHWOs and the Boonton CBC tallied 6.

Following is a list of recent Red-headed Woodpeckers sightings:

With all of these RHWO sightings, the usually reliable picids at Glenhurst Meadows/Long Hill Wetlands are probably in attendance but have not been reported. 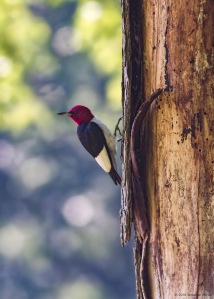