The annual Great Swamp Butterfly Count took place today in shirt-soaking heat. The list below is not of the entire count, but only of the area covered by this writer. This includes part of the Great Swamp Wildlife Observation Center (WOC) on Long Hill Road in Harding Township and properties of the Harding Land Trust. Other observers at the WOC included Jim Springer, Tom Halliwell, Fred Pfeifer and Tom from Monroe Twp. Chris Williams is the compiler of the entire count. A highlight of the morning was the 20 Horace’s Duskywings found at the WOC. Monarchs and Hairstreaks were completely absent. Some of the birds observed were Yellow-billed Cuckoo, Red-shouldered Hawk, Pileated Woodpecker, Green Heron and Great Blue Heron and the typical species of the area in July. An abundance of Swallows, mostly Barn, and Red-winged Blackbirds are at Margetts Field in Harding Twp. 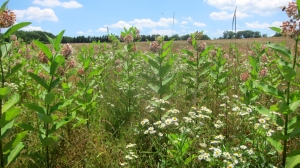 Here is the list from the Great Swamp WOC and properties of the Harding Land Trust. A complete list of the count will be published when available: 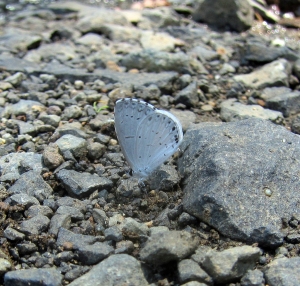