More on the Hanover/Morris Plains Ravens 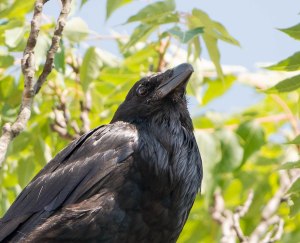 From Margo D. Beller:
This morning a Common Raven was being chased by a flock of American Crows overhead in what I now know is the Raven capital of Morris County, Morris Plains. This Raven was not making the usual deep grunts but an almost human-like yelp – it flew over my head as I was approaching Styles Ave. from Hawthorne, after a walk through the former Greystone property – where I have heard Ravens call before both this year and last. (It was much larger than the posse chasing it.) At the other end of Hawthorne I had seen and heard a Fish Crow, making this a 3-corvid day.

Editor’s Note: The Hanover/Morris Plains Ravens are in a relatively well-populated section of Morris County, but there are known nesting Ravens in Jefferson and Rockaway Townships and probably other locations in Morris, as well.

Here are some recent reports on Grasshopper Sparrows in Franklin Township courtesy of eBird and the JerseyBirds mailing list: