——————————-
As if anyone had to be reminded, the current deep freeze will continue for the near future.
——————————-
Alan Brady passed on Tuesday, January 21 at 93 years of age. A pelagic pioneer, Alan created a legendary record of birding exploits on the high seas and elsewhere. Richard Crossley wrote a wonderful tribute to Alan on the JerseyBirds listserv earlier today. That tribute is here.
——————————-
Please read the eBird article discussing the change in how Rock Pigeon will be recorded. In essence, the disitinction between Rock Pigeon (feral) and Rock Pigeon (wild ) is finalized. The article is here.
——————————-
The Franklin Twp. Sandhill Cranes were not seen this afternoon and have not been reported since Jan. 20, the day before the recent snow storm. On Jan. 18, this web site expressed concern about development of the Sandhill Crane wintering area of Randolph-Schoolhouse-Weston Canal Roads. That post is here.

Ted Chase, birder and town council member in Franklin Twp., commented on the status of the area. Ted’s insightful comments are reprinted below. Thank you, Ted.

“To reply to your concern about Crane lots being developed:
The first big lot (from Schoolhouse Rd) along Randolph, which belonged to the Pillar of Fire church, has been under development for sometime – it was essentially approved for development in 2006. This is where the Scissor-tailed Flycatcher was a couple of years ago. The lot north of the House Foods tofu plant belongs to New Jersey American Water; it is not likely that anything will happen to it, their water treatment facilities are far from Randolph Rd. The big field along Randolph Rd still belongs to Pillar of Fire, and so far as I know they have no plans to sell it. Unfortunately, it seems to have been in soybeans this year rather than corn – I think the cranes prefer the corn fields. There is a big field behind which also belongs to Pillar of Fire, and was in corn this year. One has to walk in to get any kind of look at it. NJ American Water has land extending down to Weston Canal Rd. There is another lot between it and the lot along Randolph Rd, which is approved for a warehouse – indeed it has been approved three times, warehouse, data center, warehouse again; not much has been done. Farther south, Pillar of Fire has corn fields both sides of Schoolhouse Rd. They could sell any of these fields, but so far have shown no signs of doing so; another possibility is conversion to soccer fields. I looked for the cranes on Thursday, didn’t see them (though in the field north of Weston Causeway, 106 Canada Geese were accompanied by one Snow).
Ted Chase
Franklin Twp (Councilman and Planning Board member)” 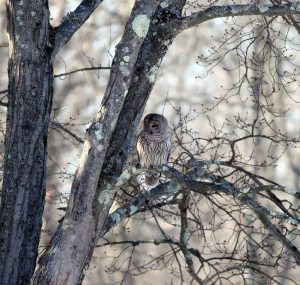