The Yellow-throated Warbler of Colonial Park continues to be viewed by many observers. The general location is either near Parking Lots A, B or somewhere in between.  A PDF of the park map can be seen at this link. You can view Bill’s other photos at the following link: Bill Dix’s photos on Picasa.

A Glossy Ibis was seen at the Denville Fields (Tim Vogel), which is labeled as McCarter Park on Google maps. This is the fourth separate Glossy Ibis report for Morris County this spring.

Below is a photo of one of the Black-crowned Night-Herons frequenting Green Brook Park area in North Plainfield. 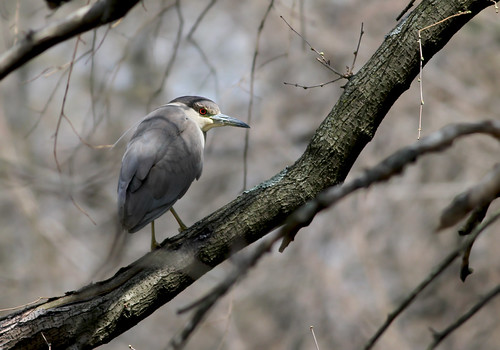