One Cliff Swallow was seen this morning near the Rt. 202 bridge at Boonton Reservoir, the only known nesting location of this species in Morris County. If they nest again it will mark the third year in a row at the reservoir.

The island in Boonton Reservoir is loaded with Double-crested Cormorants (DCCO) involved with nesting activities. 150+ DCCOs are regularly counted, and that is usually viewing from the southern end of the island only. Great Blue Herons are also making a stand with 20-25 individuals in attendance, at least. 6 Great Egrets were in the woods at the base of the island this morning and are regularly seen, but appear to be roosting only (J. Klizas). 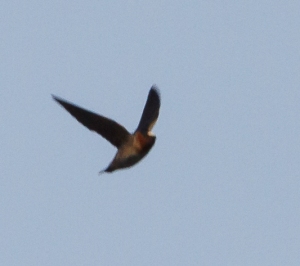 Earlier in the morning, 2 Bonaparte’s Gulls were seen flying out of Boonton Reservoir (Simon Lane).

2 Glossy Ibis were seen at Melanie Lane Wetlands this morning in what has turned into a record spring for this species in Morris County this spring. It marks the 4th record in Morris, which is modest in general of course, but remarkable for north central New Jersey. 3 Great Egrets and the usual Wilson’s Snipe, Green-winged Teal, etc. were also in attendance (J. Klizas).

From Ken Hart:
“Continuing Yellow-throated Warbler at Parking Lot A, Colonial Park, this morning.
Purple Martins and Barn Swallows are present at the Robert J Stahl Natural Area in Bedminster.” [Editor:A PDF of the park map can be seen at this link.] 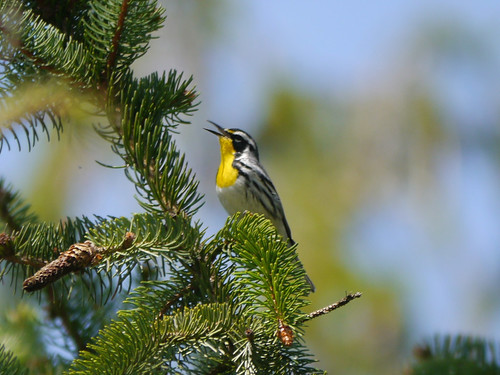 From Margo D. Beller:
“A day after telling you we had seen the Yellow-Throated Warbler at Colonial Park, today (Saturday) we went back and found, thanks to instructions from another birder, one of the Red-Headed Woodpeckers from the nature trail. Later, almost at the car, something familiar flew over and went to the waterside on the other side of the road from the parking lot. It was a Green Heron, my first of the year. We then went to Griggstown Grasslands where the most notable thing we saw was two Turkey Vultures mating in the field. No quick hits for this couple. Otherwise, it was mainly quiet.”

Kevin Browne saw 5 Red-headed Woodpeckers yesterday, Apr. 19, in the Great Swamp/Lord Stirling Park area while kayaking along the mocosoco divide, aka the Passaic River. One of the RHWO was exploring tree cavities.