Had enough of winter? 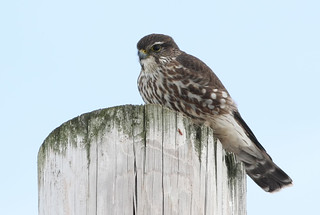 Manure and the decaying remains of last summer’s pumpkin patch is drawing birds to River Road, south of South Branch Rd. in Hillsborough Twp. Highlights this afternoon were one Snow Bunting with 258 Horned Larks, meticulously counted by Jeff Ellerbusch. 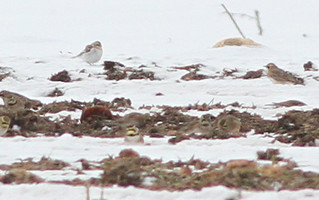 American and Fish Crows are in abundance. Savannah Sparrows are working the road’s edge. All three regularly occurring falcon species were in the area today: American Kestrel, Merlin and Peregrine Falcon.

Many roads in this part of Somerset County have numerous sparrow-type birds finding sustenance on the road’s edge. The following White-crowned Sparrow on Opie Road in Branchburg, Twp. can be found with a feeding group of Song, Savannah, American Tree, and White-throated Sparrows along the roadside.

Clyde Potts Reservoir in Mendham Twp. remains a reliably open, albeit partially, body of water in Morris County. A Red-necked Grebe spent a month here during the frigid winter of 2014. Canada Geese are the main inhabitants as usual. A handful of Common Mergansers and a Ruddy Duck are also regulars. Today, three Redheads were found by Alan Boyd. They were still there late in the afternoon as group after group of Canada Geese flew in for their night roost. 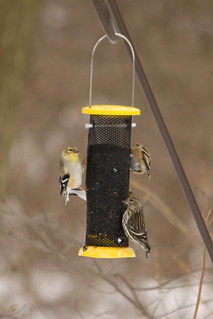