Posted on February 6, 2015 by Jonathan Klizas

At long last, the first photo-documented Rough-legged Hawk in the mocosocoBirds territory for 2015 – Chuck Hantis found this light morph raptor on Pleasant Plains Road, Great Swamp NWR shortly after noon today. Other birders and Chuck searched later in the afternoon but were unable to relocate it. Nonetheless, this is the first Rough-legged Hawk in Morris County for 2015. One flyover reported in Bernards Twp. on January 19 is the only Rough-legged Hawk known of in Somerset County this year. 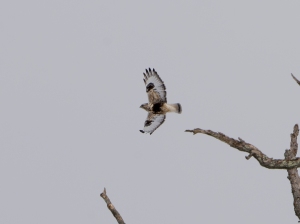 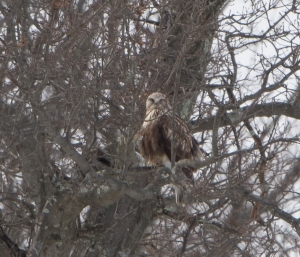 2 Common Goldeneye, 125 Ring-necked Ducks, 2 Bufflehead and 1 American Coot are at the bi-county Furnace Pond in Netcong and Stanhope (Morris and Sussex counties; take your pick or take both).