Over 2,000 Snow Geese continue to inhabit a flooded farm field in the Beacon Hill section of Long Valley. A portion of this group is in the photograph above. The geese are present for nearly a week. Approximately 2,000 Snow Geese used this field in 2014 for a few days at the same time period in March. The Snow Geese were gone by March 22 of 2014.

Thousands of Canada Geese are in the many fields of Washington Township leaving only 20 at Beacon Hill this afternoon. 34 Northern Pintail, 2 Green-winged Teal and 8 Killdeer vie for space.

Boonton Reservoir expands its modest amount of open water, inch-by-inch every day. After yesterday’s post, here, some species were added to the day’s list including Canvasback and Common Goldeneye (Julie Buechner). The Canvasback is absent today, but 26 Wood Ducks were in the reservoir this afternoon along with Common Mergansers, Red-breasted Merganser, Common Goldeneye and Ring-necked Ducks. A lone Tree Swallow flew over the quite chilly reservoir.

A pair of Tundra Swans were reported from the pond at Negri-Nepote yesterday (Phil Jeffrey via eBird). 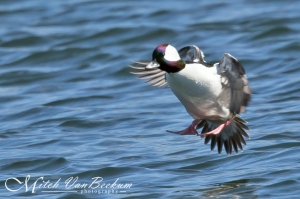