An adult male Yellow-headed Blackbird (YHBL), in a flock of Red-winged Blackbirds, put in an appearance at Opie Road, Hillsborough Twp. this morning (Frank Sencher, Jr.) and again later in the afternoon after hours of searching (Jeff Ellerbusch).

Yesterday’s post, here, describes growing gull activity at Lake Parsippany as the ice finally begins to melt. Today, a large section of the lake is ice-free. The hundreds of gulls present used the remaining ice as roosts and dining areas. 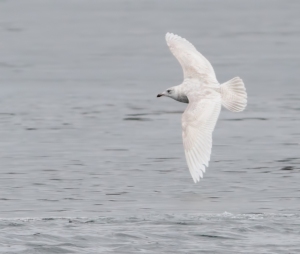 Besides the approximately 200 Herring and 100 Ring-billed Gulls, at least 2 Lesser Black-backed Gulls and Great Black-backed Gull were in attendance. The star of the day is a first cycle Iceland Gull that was active most of the time this observer was present. 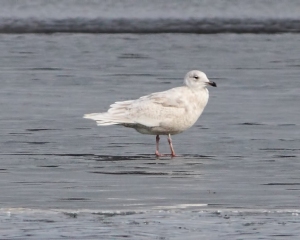 The dynamics of the lake were in a constant state of change. Two immature Bald Eagles kept the gulls in motion at 4:00 PM. Only one Bald Eagle was reported by Julie Buechner and Marc Chelemer earlier in the afternoon. Chris Williams reports 4 at nearby Boonton Reservoir. 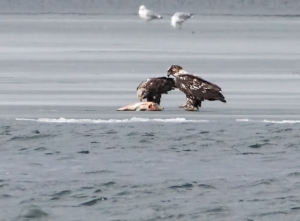