Migration stepped up a notch this weekend with a variety of migrants coming and passing through the Morris and Somerset region. 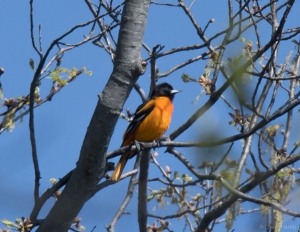 Yellow-rumped Warblers should be near peak numbers this week.

And this is why it is called Spotted Sandpiper (despite the distant, noisy, poor photo):

Brown Thrashers are currently in many locations: 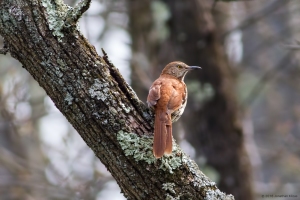 And as this post is about to be published, the Morris Township Police Department just issued a notice: the smoke and haze in the area is from a brush fire in eastern Pennsylvania. A walk outside confirms the smell. Others mention seeing the haze while driving. It is best to keep the windows closed.

Bird migration activity continues to build and the number of birders submitting checklists to eBird is growing. To get a more complete picture of what people are reporting, view local checklists in the mocosocoBirds region via eBird’s Region Explorer. Use the following links: