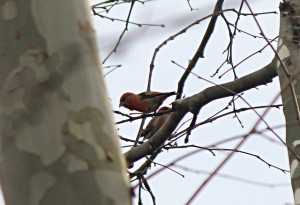 Do not think of visiting the location as you will be asked to leave, if you can get in.

However, Jonathan’s Woods, a Morris County park, borders the property and is very accessible from Old Beech Glen Road. A few pines remain of the so-called Cathedral Pines that formerly graced Jonathan’s Woods. Most of these trees were wiped out during superstorm Sandy (see a post from that time here) and the fallen trunks removed a few years later.

As far as is known, the Red Crossbills were not observed today despite observers searching for them. 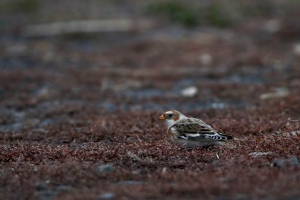 Mike Hiotis located a Snow Bunting at the community garden parking lot of Wagner’s Arboretum, Glenhurst Meadows, Nov. 14. The bunting was present this morning (David Bernstein). A Snow Bunting was also photographed by a non-eBirder at this location on November 8. 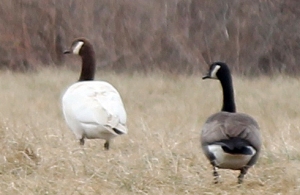 It is brought to mocosocoBirds attention that the famed Spackling Goose of Somerset County was hunted and killed recently, most likely in Hillsborough Twp. Birders will miss this beloved goose who made an appearance each fall and winter in Somerset County since at least 2012 and probably much longer than that.

An older post on the history of the goose is here. 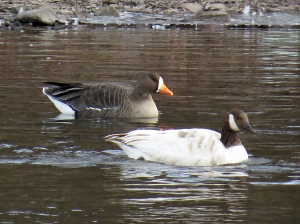 Most of the Red-headed Woodpeckers (RHWO) reported from Glenhurst Meadows are actually north of the Passaic River in Morris County. A walk at the Long Hill Wetlands last Sunday produced nine RHWOs.

With the 12+ RHWOs at Troy Meadows, a few at the Lord Stirling Park/Great Swamp NWR border and the RHWOs at Long Hill Wetlands and Glenhurst Meadows, the mocosocoBirds region is easily  the Red-headed Woodpecker capital of New Jersey. 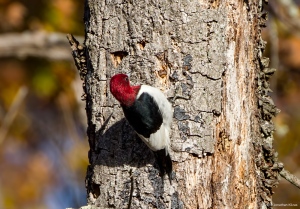 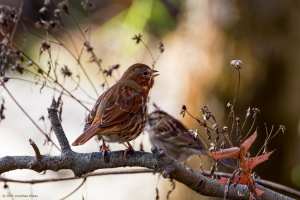 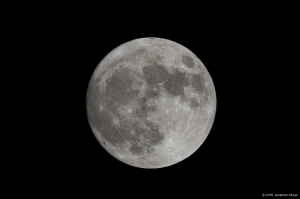