Posted on December 9, 2018 by Jonathan Klizas 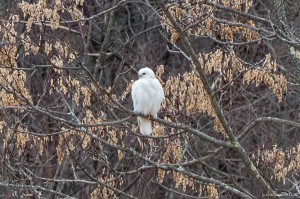 (Click on the photos for either larger images or links to other websites.)

Watnong Mountain’s White (leucistic) Red-tailed Hawk is back for another winter, roosting along Old Dover Road in Parsippany-Troy Hills, just around the corner from Greystone Park Psychiatric Hospital. This Red-tailed Hawk is hard to miss after the leaves have dropped. Look for a white mass among the brown and gray tones in the woods edge while cruising along Old Dover Road.

2018-19 represents the fifth year, at least, that this hawk has used the base of Watnong Mountain as a roost. It was last seen in the spring on May 4, 2018, soaring with an apparent female before reappearing in November. Sightings of the hawk during the summer months are undocumented and simply unknown.

One can fantasize that this raptor embodies the spirit of Woody Guthrie, soaring over the area where he was hospitalized at Greystone Park from 1953-58 due to Huntington’s Disease. For those unfamiliar with Woody Guthrie: look him up, study his work, appreciate how we are all beneficiaries of his legacy, and be grateful he existed for the short time that he did. 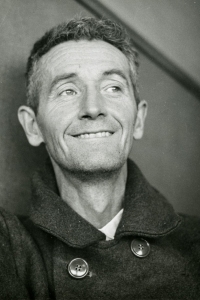 Woody’s family, including his son Arlo, paid weekly visits to him at Greystone. A Minnesota folksinger named Bob Dylan visited Woody at Greystone as did Joan Baez, Phil Ochs, and many other troubadours of a new and engaged generation, receiving the torch of social consciousness through music passed to them from the master. 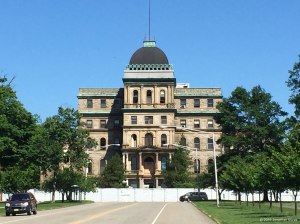 Woody resided in what he called Wardy Forty in the Kirkbride Building at Greystone. Unfortunately, this magnificent building, albeit in major disrepair, was demolished in October 2015 despite a passionate grassroots appeal for its survival. Those holding the pursestrings said it was not economically feasible to save it.

And so, along with much of the original Greystone Park grounds, another piece of history is laid to waste and replaced by a park with soccer and other playing fields and (gasp) two outdoor hockey rinks this observer has never seen used as well as field habitat desecrated by an unnecessary waste of asphalt named “Gov. Chris Christie Way”. Enough said. 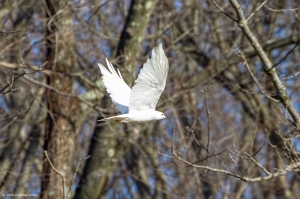 This entry was posted in Historical, Morris County, Somerset County. Bookmark the permalink.