A juvenile Yellow-rumped Warbler (YRWA) appeared at the Lincoln Park Gravel Pits this morning. It was flitting among small Black Willows near the water’s edge, chipping frequently, eventually flying away with its yellow-rump showing (Roger Johnson, J. Klizas). This is an early record for this species. It was the first New Jersey August record for both observers who have decades of experience in this region. The eBird database shows a scant handful of north Jersey records in August for YRWA.

Shorebird numbers were relatively the same as previous days, although both Lesser Yellowlegs and Pectoral Sandpipers were absent. A pair of Common Nighthawks flew over the lake. 10 Great Egrets, 5 Great Blue Herons and a Green Heron represented the Ardeidae family.

A Merlin, another early bird, was seen at Selody Sod Farm today (Jeff Ellerbusch). This is the 4th August record for 2013 in the mocosocoBirds region – early, but not unprecedented. Here are the dates for August, 2013:

102 Killdeer, a Pectoral Sandpiper and two American Golden-Plovers were the shorebirds at Selody. Neighboring Skillman Park had 120+ Chipping Sparrows and a juvenile Little Blue Heron in Sylvan Pond (J. Ellerbusch).

Editor’s note: After publishing this post, an update was received from Carolyn Arnesen: A Merlin was present at Skillman Park on Aug. 25; the Little Blue Heron was present on 8/27. 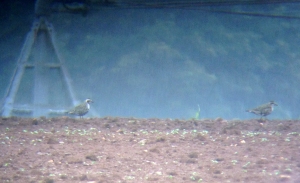 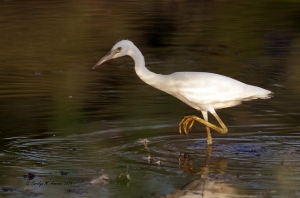 Florham Park Fields was an air show this evening at 6:30 p.m. with 40 Purple Martins, 15 Barn Swallows, Bank Swallow, Chimney Swift and 15 Common Nighthawks (Jamie Glydon, J. Klizas). Most of the birds were in the airspace over the fields at the same time, occasionally offering the observer a visual experience such as a Purple Martin chasing a Common Nighthawk.