Posted on November 7, 2013 by Jonathan Klizas 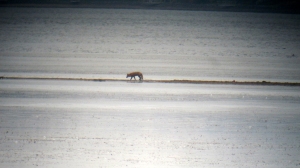 The picture above is of a Red Fox strolling out a narrow spit of the drawn-down Lake Hopatcong south of Brady Road Bridge. The north end of Lake Hopatcong saw the first two Lesser Scaup of the season reported in Morris County today. Two Ring-necked Ducks were with them. 40+ Buffleheads were in the Brady Road Bridge area as was a sub-adult Bald Eagle. Lee’s County Park Marina held another 17 Bufflehead. Bertrand’s Island was quiet with 36 Ruddy Ducks.

Lincoln Park Gravel Pits had 5 Northern Shovelers, an adult Bald Eagle and the typical species of that area for this time of year. 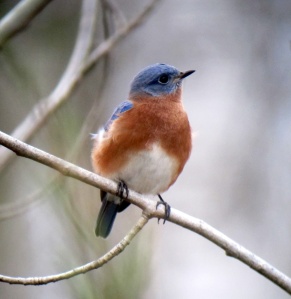 A Pectoral Sandpiper spent its 7th day at Loantaka Brook Reservation. Today it was in the smaller fenced-in pond, Little Kitchell, along with 2 Green-winged Teal. 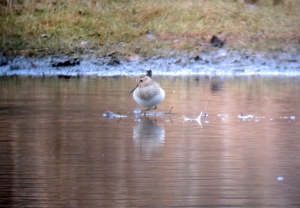