The irony of the weather today is not lost on anyone from the northeast, especially after experiencing the second winter from hell in successive years. The vernal equinox occurred on March 20, 2015 at 6:45 PM EDST. It is snowing. There are already 3 inches on the ground in Morris Township. The Pine Siskins are busy emptying the thistle socks. 6 Red-winged Blackbird females, unusual visitors to Kemble Mountain, are feeding on the ground. Most lakes in Morris County are frozen with no sign of thawing anytime soon. 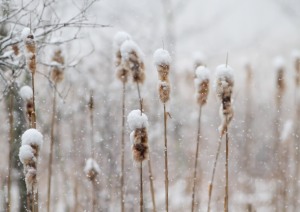 There are birds in the region. Juncos and American Tree Sparrows are plentiful. Pine Siskins continue to visit their favorite feeding stations. The Siskins visiting a feeder in Morris Township are into their sixth week of residence. Song Sparrows neared abundance today in the snow at Great Swamp NWR. Fox Sparrows are slowly becoming apparent. An Osprey is at Duke Island Park for two days. There are ducks in the region but not enough open water to support diversity in species. American Woodcock seem to have arrived. Geese are everywhere.

Here is comparative data from eBird. Remember that 2014 was as harsh a winter anyone in north New Jersey can remember.

Another example of what a difference a year makes: Lake Parsippany is an annual staging area for Common Mergansers in March. In 2014, 550 were reported from the lake on March 27. More than likely, Lake Parsippany will be frozen this year on March 27.