Whether the recent mild incursion of Red-breasted Nuthatches in the New Jersey region is a blip on the migration screen or a trend for the autumn and winter waits to be seen. This species is nearly absent from the area in the last few years so it is a welcome sight and sound in the second half of 2016.

Red-breasted Nuthatch sightings from Franklin, Hillsborough and Bernards Townships in June, Rockaway Twp. in August, multiples at Chimney Rock Hawk Watch Aug. 28 and a single “hank-er” at Morris Township this morning are all recorded in the eBird database.

Red-headed Woodpeckers continue at Glenhurst Meadows and Troy Meadows throughout the summer with breeding confirmed at Troy Meadows, at least. 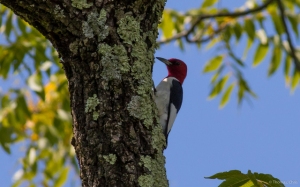 A Common Loon spent the summer at the north end of Boonton Reservoir. It was last seen on August 21. 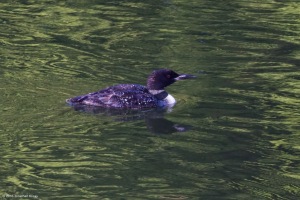 To add to the count of species utilizing the invasive Water Chestnut mats (Trapa natans) for feeding (see this post), 8 Bobolinks were seen foraging at the Lincoln Park Gravel Pits Water Chestnut Buffet on Aug. 23 (R. Johnson). A juvenile Little Blue Heron was also spotted at the location the same day.

A White-eyed Vireo was seen and sang incessantly this morning along Patriots Path on Whitehead Rd., Morris Twp. White-eyed Vireos are present here annually in recent spring and summers, but have been scarce the past two years. A brief iPhone recording of its voice from this morning is at Macaulay Library, here.

What you do not want your Canon EF 400mm f/5.6L USM lens to look like when you pull it up for a photo shoot. A long story – some other time. 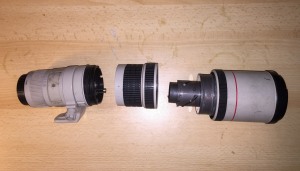