There are years when no Snow Buntings are reported in the Morris/Somerset region. This year is not one of them. Three Snow Buntings spent most of a week at Budd Lake earlier this month (see one of those posts here).

This morning Tom Gorman found 49 Snow Buntings at the mound (“Mt. Melanie” – assumed to be a grassed-over landfill) at Melanie Lane Wetlands. The Vesper Sparrow found yesterday by Chuck Hantis was present the edge of the driveway. See Tom’s Flickr photostream for photos of the Vesper Sparrow and Snow Buntings.

Thousands of European Starlings roosted in the neighboring trees. The following photograph shows a Northern Harrier “Gray Ghost” stirring up a small fraction of the E. Starlings in atendance. 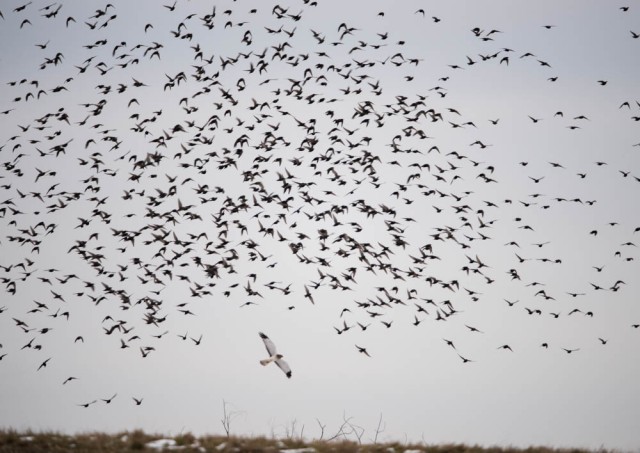